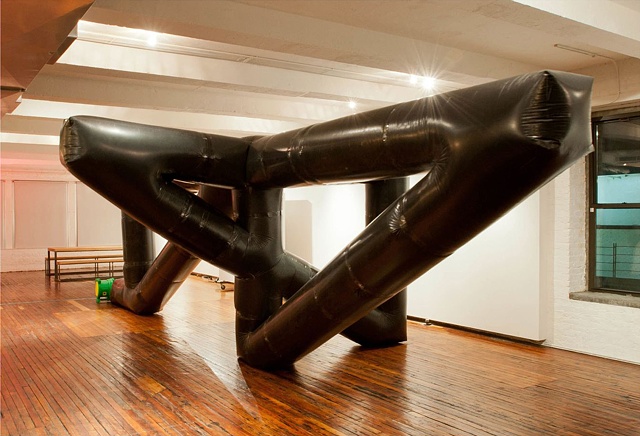 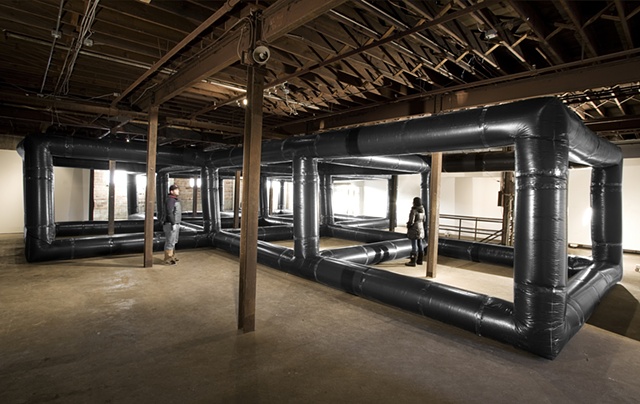 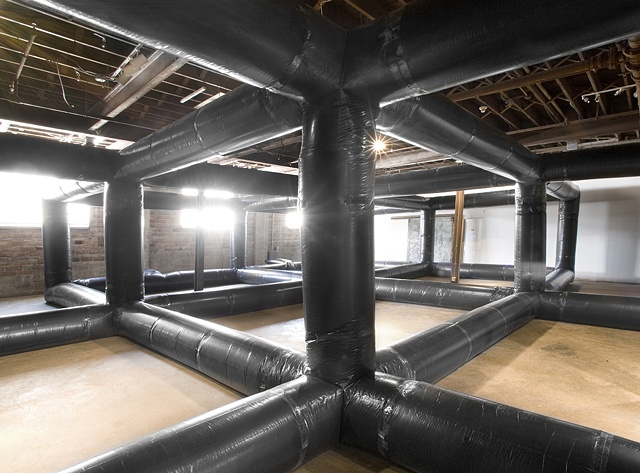 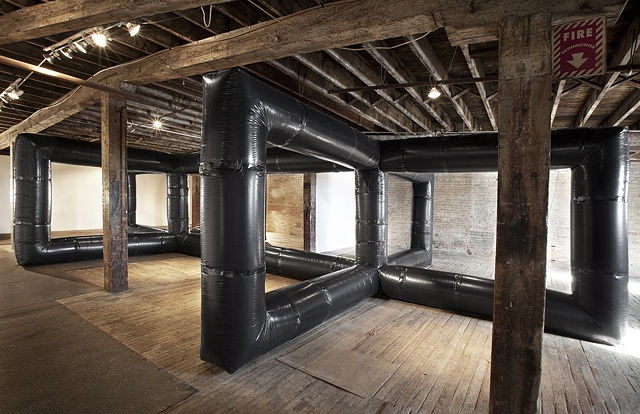 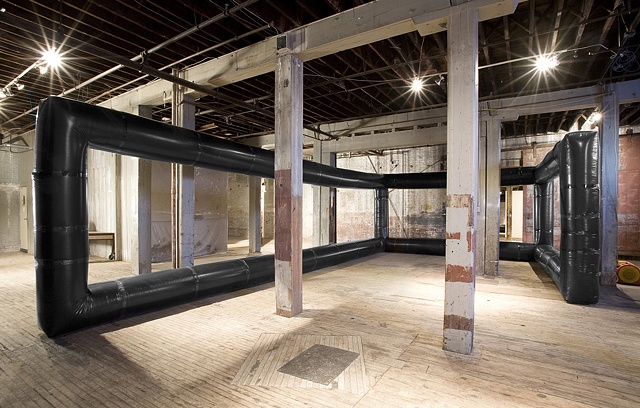 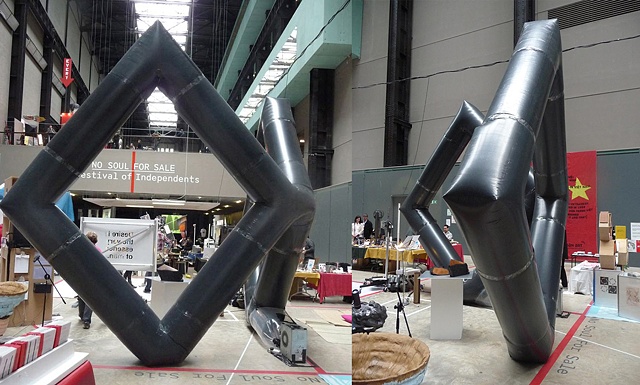 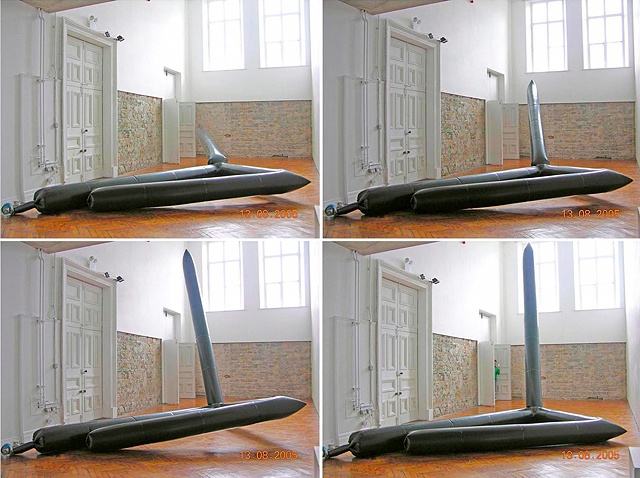 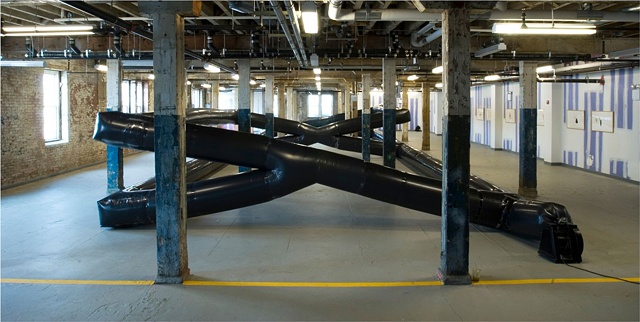 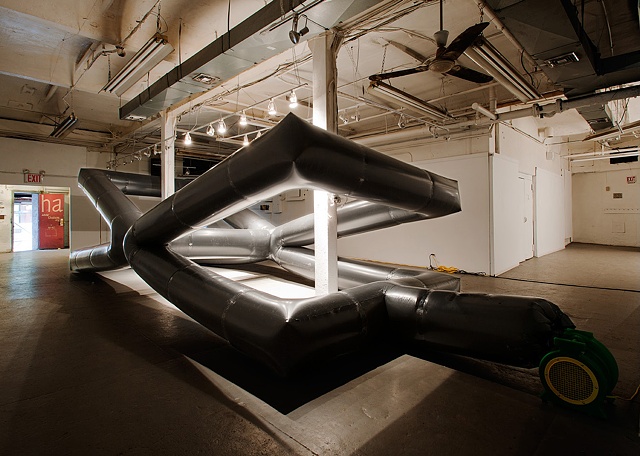 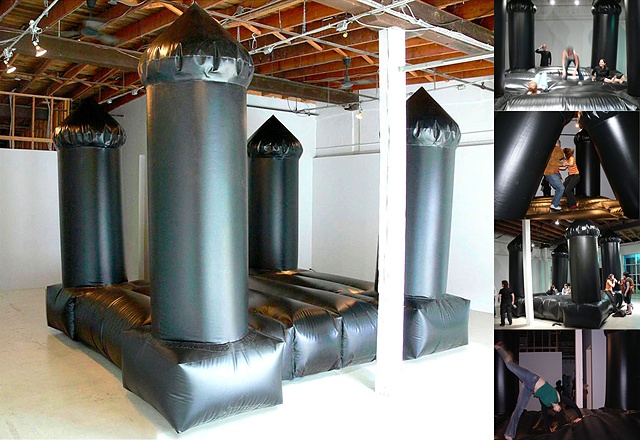 This is a an ongoing series of installation works dating from 2005 which comprise of site-specific architecturally orientated inflatable constructions created from adjoined black domestic trash bags.

A number of these works have been kinetic, where the air blower has had an automatic timer attached which makes the structures rise and fall on a pre-set cycle.

I wanted to make inflatables that didn't look like inflatables, but closer to monumental minimalist structures.

Thrash bags ended up being the perfect material as they readily accesible, both in a logistical and conceptual sense.

They are modular. A trash bag is a tube with one end sealed, open that end and add another and another you have an long tubular form

They have a weirdly metallic structural look to them when inflated,

The real trick was working out how to make the geometric corners, right angles, multiple joints, etc. I had to adopted the mindset of both an architect and a tailor and create the structures as 3D auto-cad computer designs, then build actual physical models, and then patterns like those of a dress-maker.